VIDICI Prosecco is proud to be a sponsor of the Trio Rally, the leading specialist in luxury supercar tours.

This years rally sets of from Rochester Castle in Kent on Saturday 4th August – it’s free to come and see the cars leave the startline.

Fancy some action behind the wheel? Then head over to Trio Rally here.
Keep up with events from Trio Rally on Insta.

Anchored Cruise – onboard with Vidici Prosecco

VIDICI Prosecco partnered up with Anchored Cruise to complete their unique luxury entertainment experience. Party goers onboard enjoyed performances by renowned Urban and House artists whilst drinking bottle after bottle of the worlds finest Prosecco.

Anchored’s traditional champagne spray event was replaced with the now infamous VIDICI spray party, over 1200 bottles of our unmatched premier Italian Prosecco were sprayed by the 2500 participants onboard. Enough to make headlines in all the biggest British newspapers.

The organisers of Anchored referred to it as their most unforgettable experience at sea yet!

Find out more about Anchored Cruise and book your next voyage at anchoredcruise.com.

Gemma is now a patron of Seed, a charity which seeks to make a difference in the lives of people suffering with an eating disorder. The actress has previously discussed how she became powerless to body dysmorphia at the tender age of ten. 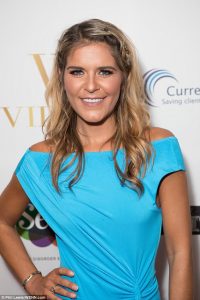 Gemma reached out to VIDICI Prosecco to sponsor the event and touched by her story VIDICI was keen to show their support for this great cause. Drinks were gifted to all who attended the gala, which was a huge success raising awareness for those struggling with eating disorders.

Seed are a group of ordinary people with first hand experience of eating disorders, who make a difference to those people whose lives are blighted by this devastating illness.

Find out more about how you can seek help from or support the work at Seed here.

VIDICI Prosecco officially revealed itself to the world with a launch night at the infamous Sugar Hut in Brentwood, Essex. 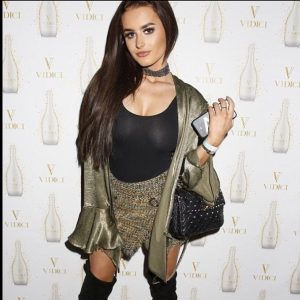 The night was a huge success making headlines all the national newspapers and causing a tsunami of interest on social media.

VIDICI is a Prosecco DOC, obtained by the vinification of Glera grapes. The elegance, freshness and liveliness of its bubbles stem from the beauty and tradition of its territory, where unmistakable panoramas are shaped by vineyards.

Our vineyards are located in Salgareda, in the heart of Eastern Veneto: A region steeped in historical significance with important cities such as Venice and Treviso, from where the culture of Prosecco originates.

The stringent grape selection process we use to produce our sparkling wines is second to none, and the refined characteristics of our Prosecco are unmatched. The taste created perfectly expresses the peculiarities typical of this territory: clear, assertive, intense in scent; balanced, delicate and pure.

Sign up to our newsletter and keep up to date with latest offers and parties!